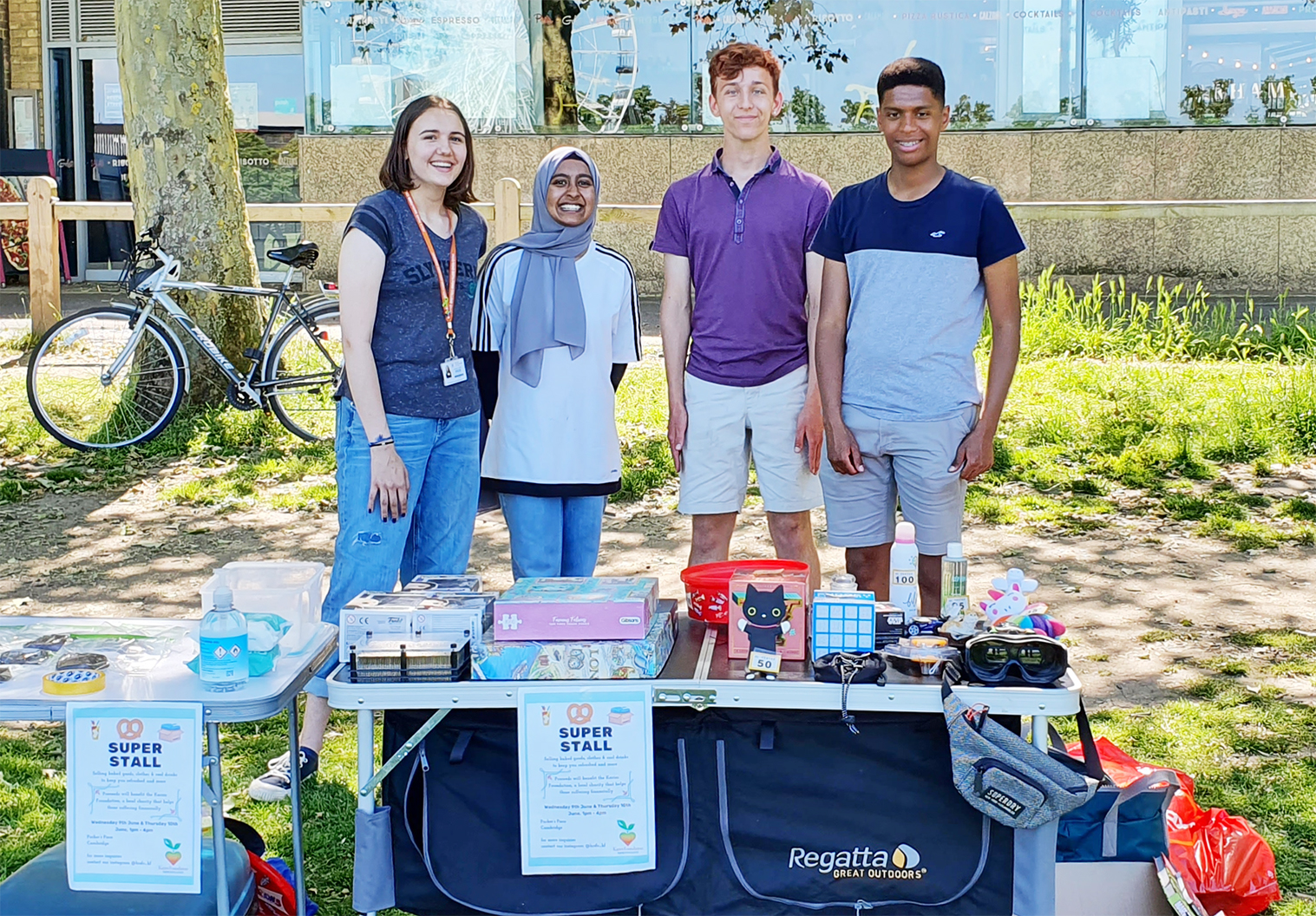 A student-led fundraiser has received over £700 in donations in just one week to help locals in financial hardship.

A team of Year 12 students from Hills Road Sixth Form College in Cambridge chose to support the Karim Foundation for Social Action Week from 7th-11th June, an annual event where pupils have a week to raise as much money as possible for a charity of their choice.

Under the name of “Project KF”, the students organised a “Cool Car Wash” in the College’s car park and held a “Super Stall” on Parker’s Piece where they sold baked goods, clothes and cold drinks. They also set up an online fundraising page – raising an amazing £764.75 in just six days.

Group leaders Abi Robinson and Jess Lonnen were delighted with the response to their campaign.

“It felt important that we fundraise for the Karim Foundation being a local charity,” Abi said. “I was shocked by the generosity of the public and our final total was outstanding. I am so proud of the group at how we worked together to help fund the vital work of the Foundation.”

“It was a great opportunity to learn lots about a wonderful cause, and raising so much money was hugely fulfilling,” Jess explained. “Taking part in the car washing and cake stalls made me feel as though I was helping the community, and the generosity of the people I met showed that they felt the value too. I would love to get involved with future fundraising projects for the Karim Foundation!”

Trustee Shahida Rahman said: “We’re enormously grateful to the students of Hills Road Sixth Form College for your incredible support and hard work during Social Action Week. Every single donation has been hugely appreciated and will go a long way towards helping the most vulnerable in our communities.”

Project KF were also recognised by the College for their activities on Instagram throughout the fundraising campaign, winning the Best Social Media Campaign category.

“We’ve really enjoyed following your social media coverage, and loved the sheer enthusiasm you have all shown throughout this campaign,” Shahida continued.

The Karim Foundation continues its efforts to provide food and fuel support for Cambridge families and individuals in financial difficulty. Visit the Donate page to find out how you can help those in need today.

Faisal Mohammed Khaffar completes the Cambridge Half Marathon for the first time, whileraising hundreds of pounds to support the most vulnerable in Cambridge.

The hiking challenge has received over £2,300 in donations to help locals who need urgent support this winter.

Trustee Kal Karim will be trekking along the Great Ridge Walk and summiting Mam Tor in the Peak District.