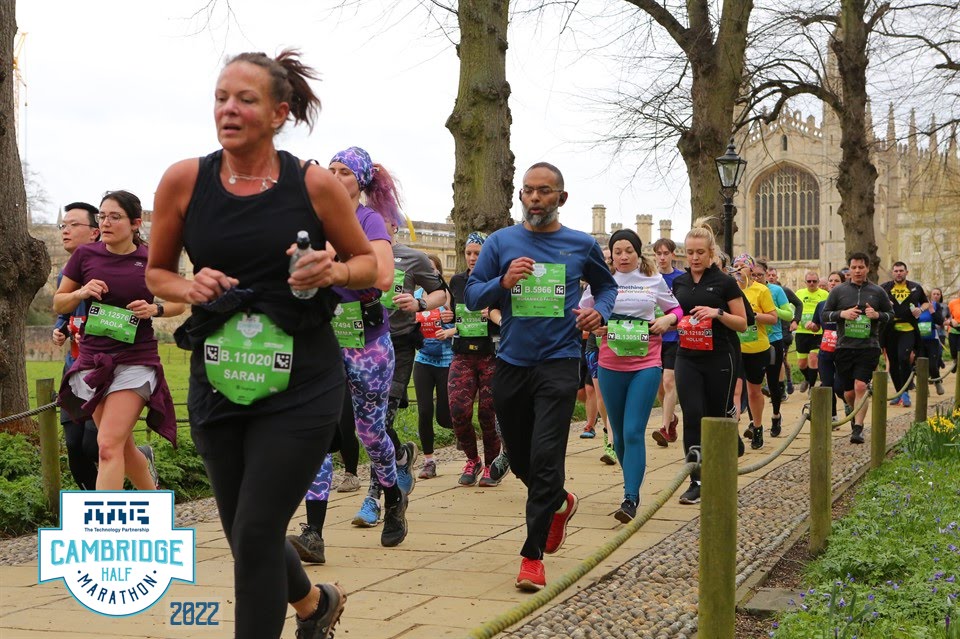 Faisal Mohammed Khaffar has raised hundreds of pounds in donations to support the most vulnerable in the city, after running in this year’s Cambridge Half Marathon for the first time!

A keen runner, the well-known Cambridge resident was eager to take part and launched an online fundraiser to help the vulnerable and disadvantaged in our community – raising a superb £729.25 in just 24 hours.

“I like running as it keeps my mind and body sound,” said Faisal, “A half marathon is hard and challenging, but I wanted to do it to highlight the plight of vulnerable people in Cambridge and support them.

“There are hundreds of families and individuals who are suffering in silence as they are not on the radar of any social support organisations. The Karim Foundation is doing an outstanding job in seeking out these people and supporting them.”

Faisal completed the Cambridge Half Marathon in 2 hours and 26 minutes on a dry and overcast Sunday.

“The run was OK. The first 15 kilometres were smooth but the last six were a bit difficult. I would have liked to have done it in 2 hours, but hopefully next time I can achieve this Insha’Allah (God willing).”

Trustee Kal Karim said: “Congratulations to Faisal on completing your first-ever half marathon and thank you so much for your support! We were delighted to hear that you chose to run for the Karim Foundation. We’re so grateful to all who donated – every contribution matters and will really help those who are struggling within our community.”

You can help Faisal to reach his target by contributing to his fundraising page: justgiving.com/fundraising/faisal-cambridge-half-marathon

The Karim Foundation continues its efforts to provide food and fuel support for Cambridge families and individuals in financial difficulty. Visit the Donate page to find out how you can help those in need today.

We attended the 'Food Justice in Cambridge: Beyond the Pandemic' conference, an event organised by the Cambridge City Council.

We wish a very happy Eid al-Fitr to everyone celebrating in Cambridge and around the world.

Responding to the Cost of Living Crisis